Listening to John's original songs you can hear him playing a wide range of instruments including nylon and steel string guitars, mandolin, five string banjo and the harmonica. His early influences of Grossman, Jansch and Renbourne all  delicately resonate through his own original pieces.

Now a regular on BBC Radio Merseyside it was local DJ Billy Bulter who first encouraged John to pursue his writing. This support saw his song 'It's Tickin' from John's first CD 'Candyman' receive airplay for well over a year and was followed closely by 'What a Day I've Had'.

With 'Out on the Vine' the theme music for the British Film 'A Wedding Most Strange' and finishing as runner up twice in International Song Writing Competitions John now enjoys performing his own original songs to sell out audiences at venues such as The Palm House, The Gladstone Theatre and The Rodewald Suite at The Liverpool Philharmonic. 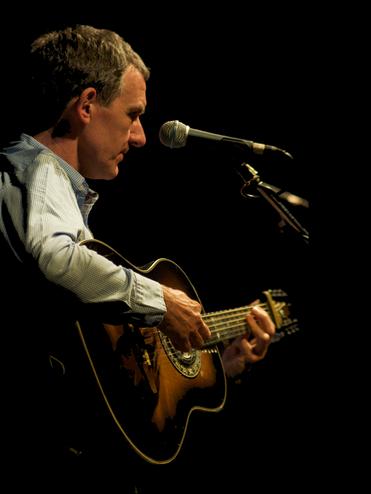 "John is a very talented singer songwriter who travelled with me on tour. He captivated audiences with his excellent voice and guitar playing..."